We Believe in Making a Big Impact on Small Business

At Jane, we’re working to find the best ways to help small businesses succeed, and we’re using the latest
technology to build a better online marketplace. We have some pretty big goals and are always looking for
talented people who want to be a part of something new. Join us!

LEAD WITH EMPATHY
We do what is best for our customers, sellers and each other because we care.
PULL TOGETHER
We strengthen each other and do what it takes for our teams to win.
JUST SAY IT
Every person has a voice at Jane and the opportunity to say what needs to be said.
MAKE IT COUNT
Each day is an opportunity to create something new and make it count.
MAKE YOUR MARK
Take the initiative in finding ways to make an impact at Jane and in your own life.

Take Care – Inside and Outside the Office

We’re building an inclusive economy where all sellers have equal access to opportunity. We strive to live by these same values in all our workplaces.

We want you to feel valued. Your skills and talent are needed and appreciated.

We reward Janesters for hard work and efforts to make Jane great.

Choose from a variety of medical, dental and vision plans so you have the best care for your needs.

Your family is important. We provide a generous amount of paid time off to care for your newborn, adopted child or foster child.

We encourage Janesters to take time off as needed to ensure a healthy, productive work/life balance.

Janesters are eligible to contribute to a 401(k) plan 90 days after their hire date.

Our kitchen is packed with snacks and drinks to keep you fueled.

You deserve to be compensated fairly for your merits and experience. 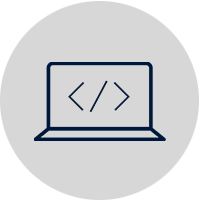 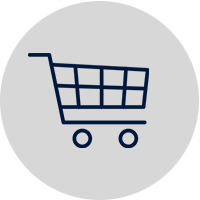 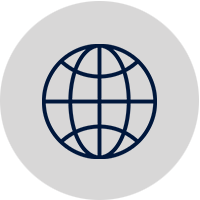 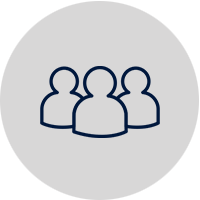 Before coming to Jane, Taleeb co-founded Casaza, an online marketplace for home maintenance and design. He also previously served as Chief Growth Officer of Farfetch, the world’s leading marketplace for luxury fashion, and Vice President of Global Business Development at HomeAway.com. Taleeb was named as one of Business in Vancouver’s Top Forty under 40 in 2011 for his innovation and strong strategic leadership in the business community.

In 2016, Taleeb was named Business Development Executive of the Year at the annual Stevie Awards. Taleeb serves on the Board of Directors of Kiwi Collection and TheRawOffice and also serves the broader community as a volunteer and thought leader. Taleeb was appointed Director of the Canadian Air Transport Safety Authority (CATSA), and also serves on as a Governor of The Confederation Centre for the Arts in Charlottetown, PEI.

For his service to the community, Taleeb has been honoured with the Queen’s Diamond Jubilee Medal, the Sovereign’s Medal for Volunteers, and the Governor General’s Caring Canadian Award.

Ryan joined Jane in 2012, and first led the technical teams as CTO for 5+ years. In January 2018, Ryan became CEO, overseeing all areas of the business, until eventually moving into the role of President, after recruiting Taleeb as CEO in late 2019.

Prior to Jane, Ryan was a Software Engineer for 12 years, beginning with writing programs for Palm Pilots at the age of 18. Leading up to Jane, Ryan was Development Manager at NetSteps, managing much of their custom e-commerce platform and Engineering teams as the company grew from 3 to 90 employees.

His experience with e-commerce, and ability to drive business value through technology and leadership, is what allowed him to successfully contribute to Jane's tremendous growth. Outside of work, Ryan and his wife, Ashley, are raising four sons and enjoy anything outdoors in Utah.

Anthony is VP of Finance and a CPA. He has led the finance team at Jane for over five years. He brings to Jane a wide variety of skill sets including tax experience at KPMG, controller experience at a network marketing company, and controller experience at three e-commerce platform companies that taught entrepreneurs how to build an online store. Anthony enjoys spending time with his wife and family, coaching his daughters' soccer teams, and playing ping pong.

Before joining Jane to lead their Product, Design, and Experimentation efforts, Jesse started, managed, and grew Product and UX teams for over 20 years in both B2C (Auction.com, Expedia/Hotels.com, Ancestry.com & Buy.com) and B2B (Paciolan, Teradata & Omniture). Jesse is a passionate user advocate with proven ability to define and build innovative and highly scalable transaction systems and social tools. His particular strengths are in global e-commerce, mobile, interaction design, and user conversion/analytics. Jesse received his undergraduate degree at Brigham Young University and MBA at the University of Colorado while playing volleyball collegiately and professionally.

Maria is a seasoned brand and creative leader with extensive experience delivering innovative creative concepts, successful marketing, and advertising campaigns while elevating the overall brand direction. Prior to joining Jane, Maria led the creative team at Maurices, a national fashion retailer as the AVP Creative & Brand Director, and has worked for other fashion retailer brands such as Charming Charlie and The Limited leading creative teams and building integrated brand experiences.

She’s passionate about brand positioning and brand development through customer insights, as well as leveraging customer research and market challenges in order to develop creative strategies and "big ideas” that resonate with consumers. Maria and her family moved to the Salt Lake City area less than 3yrs ago. She’s an avid fashion enthusiast originally from South America, enjoys discovering new experiences and cultures while traveling with her family.

A seasoned senior executive, Mark has over 20 years of commercial business development experience, including over a decade of working with and advising eCommerce platforms. Mark specializes in online marketplaces with specific emphasis on growth, commercial operations, and international expansion.

Previously, Mark held leadership roles across Europe and North America at organizations such as HomeAway(Expedia) and Tripping.com and more recently was a founding executive for an online marketplace for HGTVs The Property Brothers in the US and Canada. Mark frequently advises marketplaces across North America and EMEA.

His current role sees him serve as SVP, Commercial Operations at Jane.com, a curated online fashion marketplace. Outside of the office, Mark is an avid traveler, loves anything sports-related, and enjoys spending time outdoors with his wife and the family dog.

Meagen Johnson is the VP of Marketing, leading Jane's marketing, advertising, and communication strategy. An experienced executive with over 23 years of brand, marketing, and e-commerce experience, Meagen is a passionate marketer who operates at the nexus of business, brand, and consumer insights. She is a strategic leader with demonstrated success in developing and leading teams to deliver consumer experiences that grow market share and build customer loyalty.

Prior to joining Jane, Meagen held a variety of leadership roles, including General Manager at KSL Classifieds, the leading media owned digital marketplace in Utah, where she led the end-to-end consumer and seller experiences, including developing new business models, growing brand affinity, and managing business operations. She has a Bachelors in Marketing and an MBA from the University of Utah. When she is not doing a triathlon or listening to true crime podcasts, she loves to spend time with her family, travel, and eat sushi.

Scott Rafferty is the VP of People Operations at Jane, where he currently oversees People Ops, Recruiting, and IT & Facilities. Scott has spent most of his tech career in Product, leading product at Travelpass - an online travel agency that books $500 million in hotels annually, and Divvy - a unicorn B2B SaaS company where he took them from a back of the napkin idea to their first customer-ready product. He also was the co-founder of Consensus, a B2B SaaS company that created the sales demo automation category. Prior to his time in the tech world, Scott worked in the management consulting and not-for-profit sectors. Scott has his B.A. and MBA from the University of Utah. Scott and his wife Ashley have 3 beautiful children who love exploring the amazing wild places in Utah. 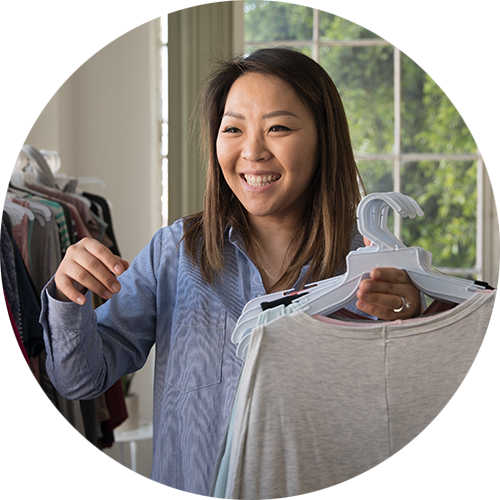 "We wouldn’t be at the place we’re at right now if it wasn’t for the partnership that we have with Jane. I would definitely recommend any vendor, any boutique, any retailer to sell on Jane." 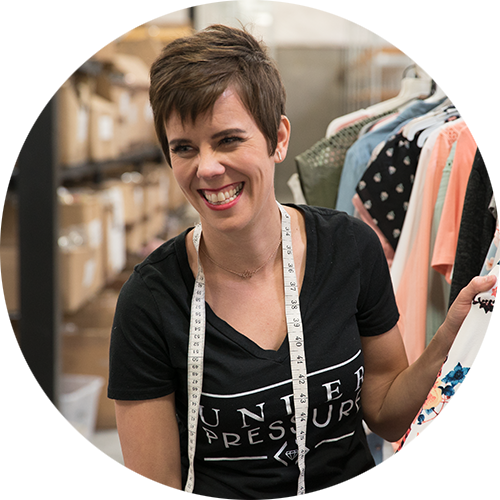 "I love getting to run my own business, but I also love that I don’t have to choose between my career and motherhood. I love being a mom to my three children, and I love the fulfillment that comes from both of those choices."

"It is so easy, so fast, so convenient. The main reason we are successful is because of Jane, and because of all the help that everybody there gave us. Jane is amazing and full of incredible people." 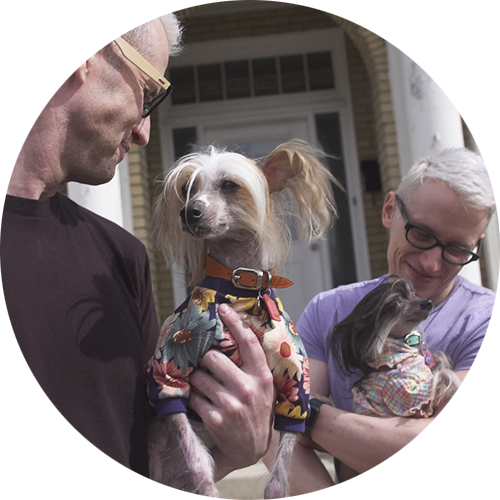 "I’ve never had a bad experience with anyone that I’ve worked with at Jane. They’re super helpful, they’re always on hand and it’s super easy to get in touch with them."

Work with us. We're hiring!